Fontezuelas, Hidalgo – Mexican national broadcaster Televisa dispatched a film crew to Fontezuelas, one of the villages in rural Hidalgo where, in collaboration with partners including the Autonomous University of Hidalgo State (UAEH) and a local NGO, the Pure Silver Initiative was working to implement silver-based, point-of-use water disinfection systems.

A mere 150 kms from Mexico City, the residents of Fontezuelas and neighbouring towns in the Sierra of Hidalgo struggle every day to access clean water. Young girls lead donkeys for hours over parched roads to collect water from distant wells. What is more, the water they bring home through these efforts is often laden with harmful bacteria that make it unfit for human consumption. As a result, residents commonly turn to soft drinks or even alcoholic beverages to slake their thirst.

Joining forces with Construyendo Esperanzas, an Hidalgo-based NGO that has installed rainwater-harvesting systems in the area, and the UAEH, who offered educational support, the Pure Silver Initiative undertook to introduce water disinfection systems to improve the quality of life and public health in the region.

See the Televisa report on the initiative (in Spanish) here:

PSI is extending its work focus beyond local mining communities, where the initiative has been implementing water-wise solutions since 2016, to pursing humanitarian projects in society at large. 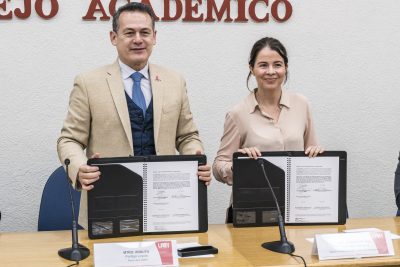 Dean of University and the Director of PSI celebrated the signing of an agreement.

With the support of its spearheading sponsor, Mexican silver producer Fresnillo plc, and in collaboration with a local NGO, Construyendo Esperanzas, and the Universidad Autónoma del Estado de Hidalgo (UAEH), PSI is undertaking a pilot project in four vulnerable communities in the state of Hidalgo.

Building on the work of Construyendo Esperanzas, who has been implementing development projects in the areas of water access, education and food sovereignty in these communities for the last 8 years, PSI is helping to more fully realize the potential of these efforts. Concerns over water quality have prevented the communities from converting increased water access into a corresponding increase in drinking water. Through the introduction of carefully selected, government-approved, silver-based technologies (sourced from Guatemala, Mexico and the UK) PSI is helping Construyendo Esperanzas to achieve this objective. In addition to introducing these silver-based technologies, PSI is crucially focused on ensuring their cultural assimilation by creating a ‘community of practice’ that includes art, experiential learning, and science. 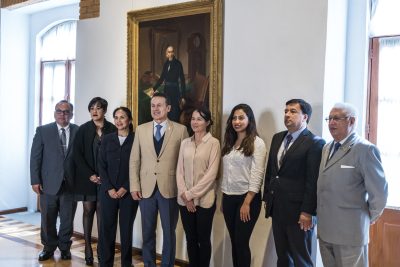 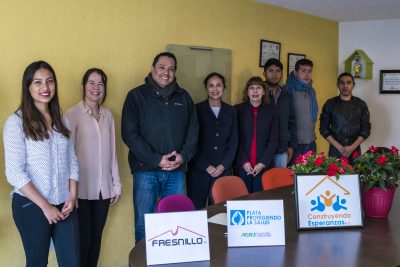 Looking to bring scientific insights and practices into the community, PSI and the UAEH are joining forces to launch an educational community-outreach project on the disinfecting qualities of silver. University professors and students will visit and engage with the community and key participants will attend workshops in the labs of the university as to introduce community members to the science behind water disinfection and to train them to be able to monitor water quality for themselves.

The spirit of collaboration amongst all implementing parties was well captured in a remark made by Dr. Cobos of UAEH, lead scientist of the project, who remarked, ‘how is it possible that we can send people into space but we still haven’t solved some of humanity’s basic needs?’ PSI is delighted to be working with two such excellent partners in addressing this urgent question.

Dean of the university and the Director of PSI celebrated the signing of an agreement.